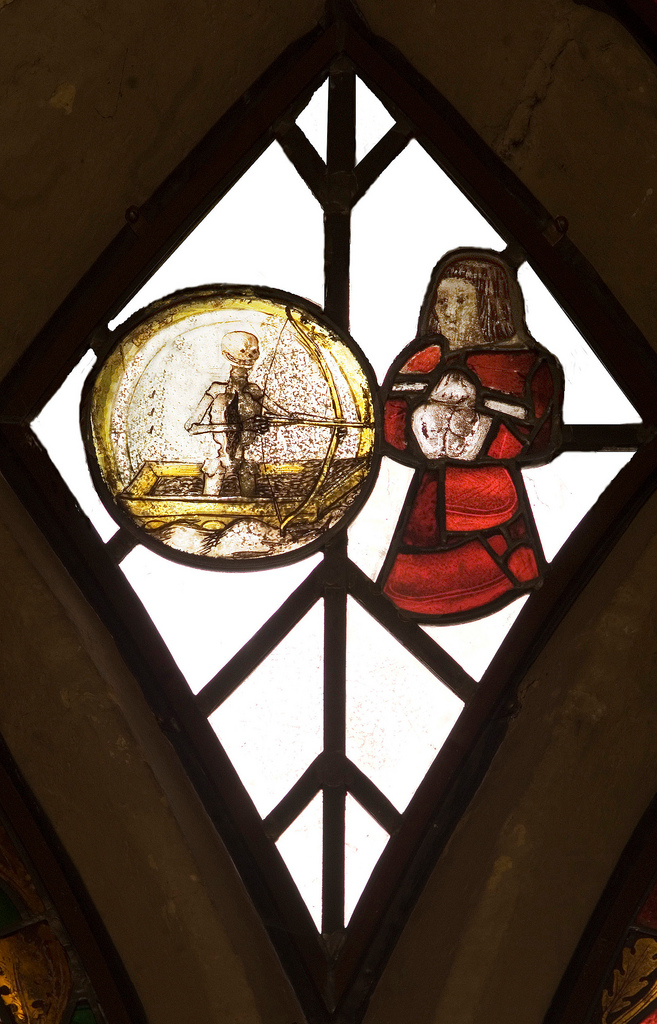 Stanford on Avon, nII, A1, Henry Williams and his ‘ymage of deth’ roundel, copyright gordonplumb.

The documentary evidence is a will. In 1500 Henry Williams, vicar of Stanford on Avon made his will and he wrote:

In other words Williams wanted the glass that was already in the chancel at Stanford augmented with multiple images of himself being shot at by a figure of death! Our panel is the only survivor of these multiple images. Williams is dressed in a red cassock with a fur tippet over it and from a roundel an emaciated corpse rising from the grave, the figure of death, aims his long bow at him. A fascinating memento mori.

One thought on “‘ymage of death’ roundel”