The whites and greys and subtle pinks of this alabaster monument, sit in contrast to the vivid colouring around it. The reds, oranges and yellow tones of the medieval wallpaintings above the chancel arch and the shiny encaustic brigthnesss of the chancel floor. 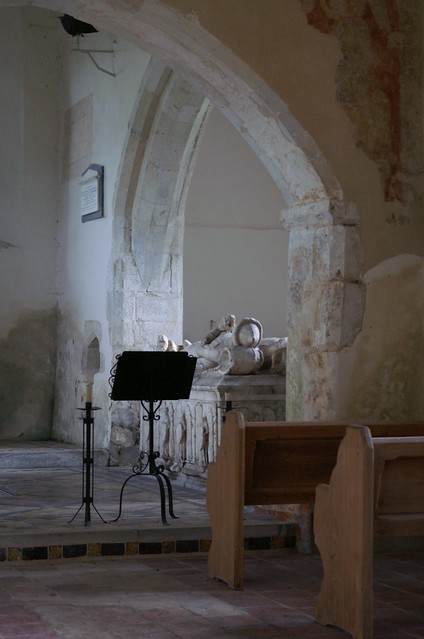 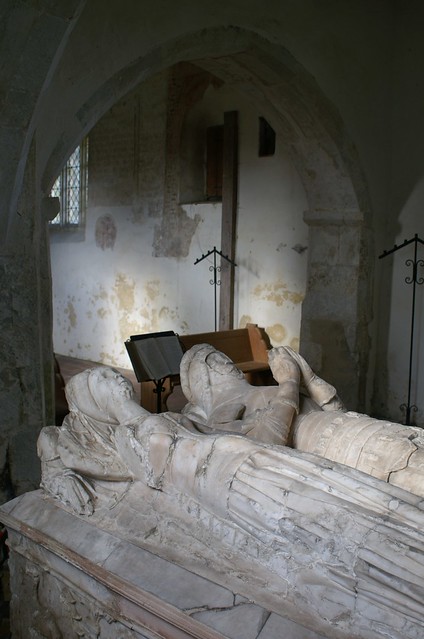 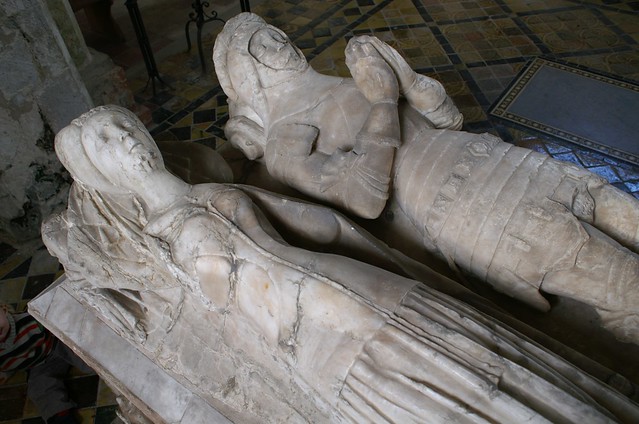 This is East or Little Shefford in Berkshire.  The monument is that of Sir Thomas Fettiplace and his wife Beatrix, he died in 1442.  They lie in repose in the church between the chancel and the south Chapel.  Around them a sea of replica medieval encaustic tiles copied from one or two medieval examples.

2 thoughts on “White and grey and pink”