Inscriptions dating parts of medieval church buildings are relatively rare, so it’s always nice to find one.   At St Martin’s church in Saundby in North Nottinghamshire, there is an inscription on the base of the tower.  It’s worn lead letters attached to the stonework, seem to mark the foundation of the tower, reading:

Annoyingly the last numerals of the date have been lost, but it is believed to have been 1504. 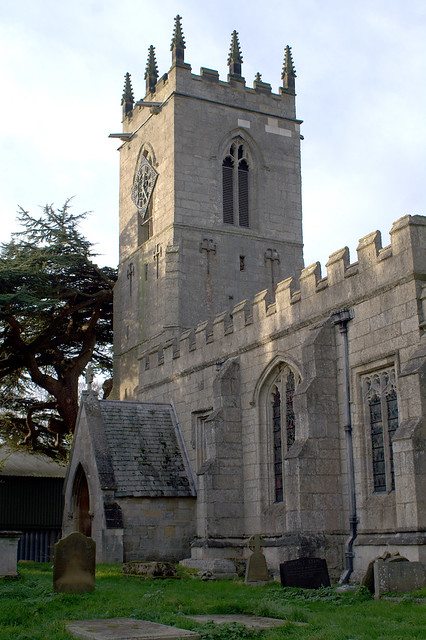 It’s a good solid ashlar ‘campanile’, everything you would expect from the last gasp of the Perpendicular.

Here at Saundby you’ve got a second inscription that speaks of foundation, for there is a monumental brass in the nave floor that talks about the foundation of the chantry chapel. 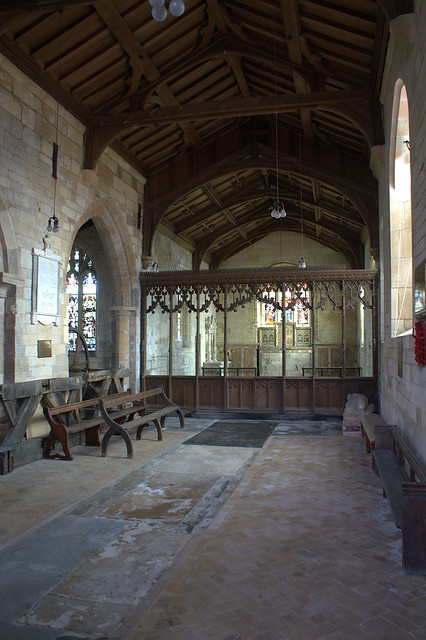 Well the monument is clearly not in it’s original position, but on the north side of the nave is a small chapel.  It connects to the nave north wall with a little fifteenth century arch, that is disconnected from the thirteenth century north arcade to the west.  It’s windows are all Perpendicular.   Perhaps this little space was the Saundeby chantry in which William and Elizabeth were buried?