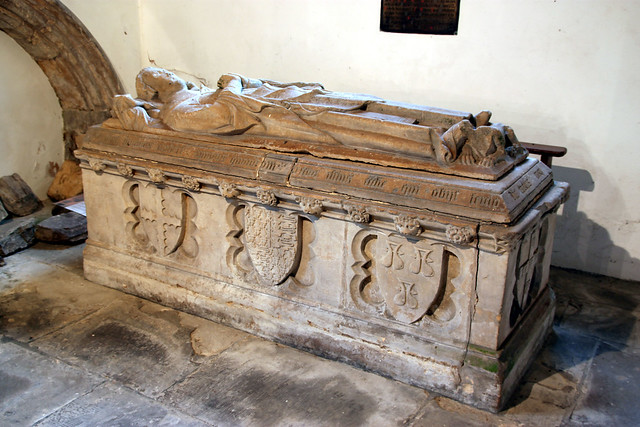 This fabulous effigy of a fifteenth century priest, is in the north chapel of Blyborough church in north-west Lincolnshire. The inscription around the base of the effigy tells us that it commemorates Sir Robert Conyng, who was rector of Blyborough between 1424 and 1434 and died on the 3rd of May 1434. We know very little of Robert Conyng’s life, except in the official records of the church. We know he was presented to the living of Blyborough by the patrons the Prior and Convent of Durham on the 2nd of June 1424 [1] At that time he was rector of Orsdall in Nottinghamshire, having acquired the living in 1418 and was also a prebendary of the Minster church at Southwell.[2] It was a fair exchange, in the 1292 Taxatio Ecclesiastica both livings were worth £20 a year.[3]  £20 was a good clerical income in 1292, and unless the rectorial glebe had been mismanaged in the hundred year period since the Taxatio, in the early fifteenth century when his turn came to hold the living, Conyng would have ample money to provide himself with a monument on his eventual demise.

Conyng’s monument is currently in a curious position, it is placed north south in the north chancel chapel, occupying a position that was once, I imagine, occupied by a side altar. It hasn’t always been in its present position. On the 12th of September 1835, William John Monson (later the 6th Baron Monson) visited Blyborough church in Lincolnshire and described the monument and its then position:

‘A fine tomb of brown sand stone under the arch which divides the chancel from the north chapel on which is the figure of a priest in cope and stole with a cross down the breast, on which are four water bougets‘[4] 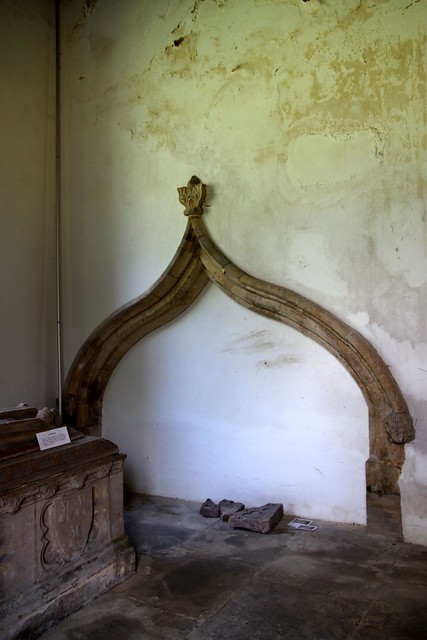 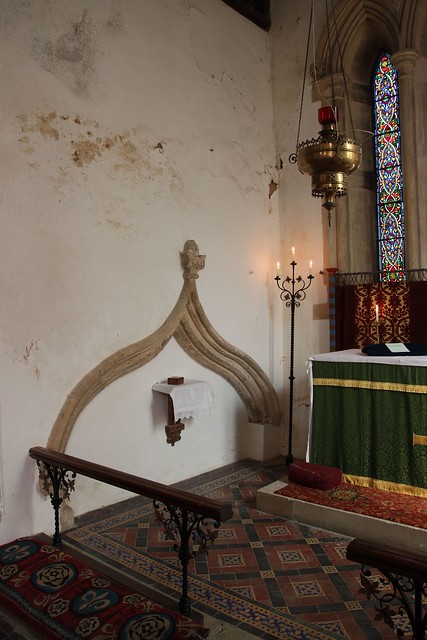 The opening is now closed up and it is likely that the tomb was removed and opening filled in 1877, when the chancel and much of the rest of the church was thoroughly restored by James Fowler of Louth.  Fowler appears to have played with the floor levels at the east end of the chancel and inserted two steps for the altar to stand on.   So it would appear that Conyng’s fine monument, on its tomb chest, occupied a position of honour in the church building; close to the high altar at which he would have celebrated mass during his time as rector. 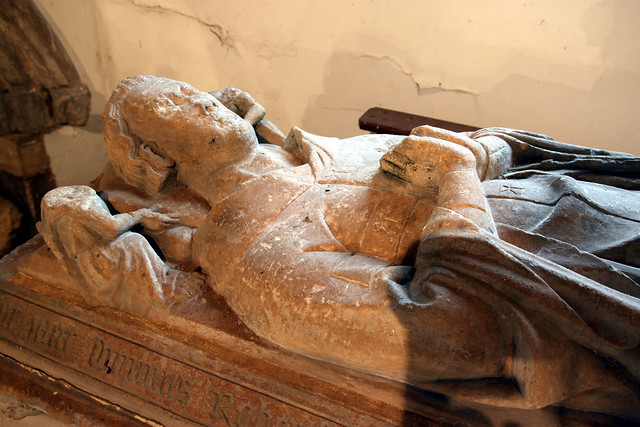 Turning to look at the monument itself, let’s look at it in a bit more detail.  Conyng’s recumbent effigy is of a tonsured priest in full mass vestments.  He head is supported on a cushion by two crouching figures of angels, sadly headless.  His feet rest on a dog, also headless.  His vestments consist of alb with apparels, appareled amice, stole and maniple with a full, flowing chasuble.  The chasuble is curious.  On the front is cross-shaped orphrey and this is decorated with heraldic devices, four waterbougets – heraldic water buckets, or water carriers. 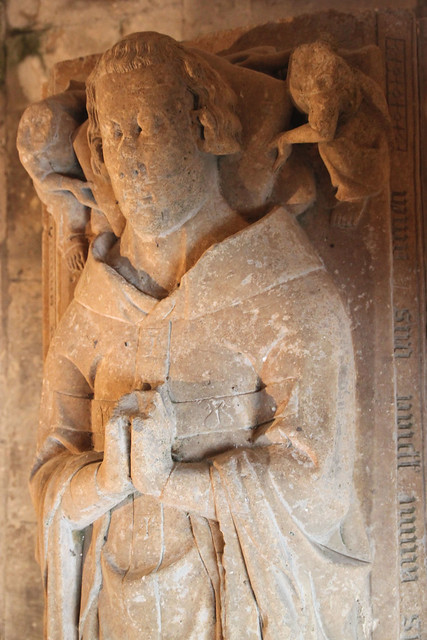 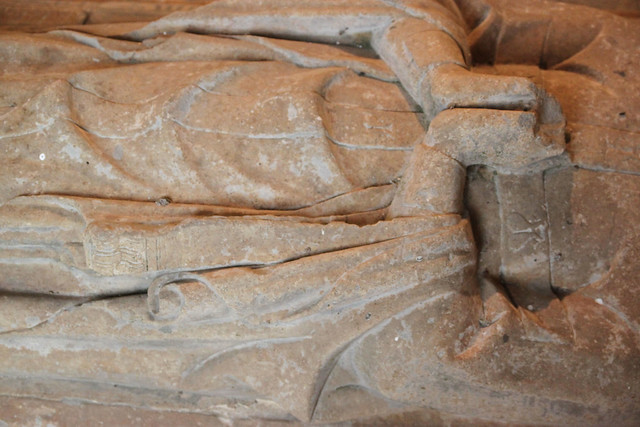 The tomb chest is decorated with a series of shields of arms, including the arms of England, there is also a shield which shows three waterbougets on a field and a second with a cross charged with four waterbougets. As my volumes of the excellent Medieval Ordinary are in my office, I will have to wait a while before I can work out whose arms they are, if I can, given that no tinctures are shown! Clearly, given the decorative waterbougets on the chasuble orphrey, the arms with the waterbougets on the tomb chest must be of some significance to Conyng himself. Was he from an armigerous family, or did he enjoy the patronage of an armigerous family that he was keen to commemorate?

3 thoughts on “Waterbougets on a chasuble?”