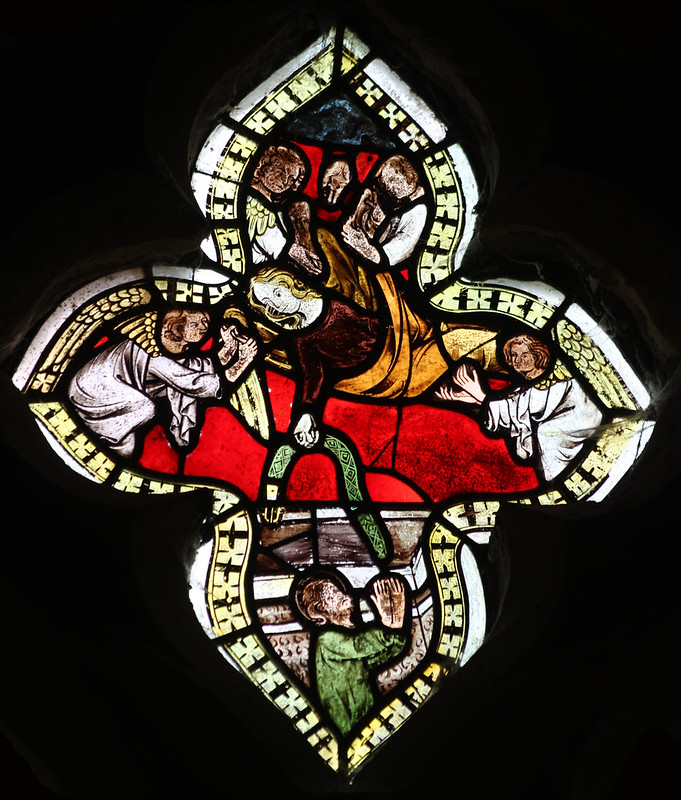 //embedr.flickr.com/assets/client-code.js
This wonderful panel in a tracery light in the east window of the Church of the Assumption at Beckley church in Oxfordshire, dates from the second quarter of the 14th century.  It forms a pair with another quatrefoil showing the Coronation of the Virgin (see below).  The iconography is interesting, it shows the Assumption of the Blessed Virgin Mary, with Our Lady being carried up to heaven by angels.  She leans down and drops her girdle to a figure who kneels beside her tomb, St Thomas the doubter.  The whole episode is entirely apocryphal and even Jacobus de Voragine the author of the Golden Legend claimed it was of dubious authority, but it’s a good elaboration to the story.  His text below describes the legend:

And our Lord said to the apostles: What is now your advice that I ought now to do to my mother of honour and of grace? Sire, it seemeth to us thy servants that like as thou hast vanquished the death and reignest world without end, that thou raise also the body of thy mother and set it on thy right side in perdurability. And he granted it. And then Michael the angel came and presented the soul of Mary to our Lord. And the Saviour spake and said: Arise up, haste thee, my culver or dove, tabernacle of glory, vessel of life, temple celestial, and like as thou never feltest conceiving by none atouchment, thou shalt not suffer in the sepulchre no corruption of body. And anon the soul came again to the body of Mary, and issued gloriously out of the tomb, and thus was received in the heavenly chamber, and a great company of angels with her. And S. Thomas was not there, and when he came he would not believe this. And anon the girdle with which her body was girt came to him from the air, which he received, and thereby he understood that she was assumpt into heaven. And all this heretofore is said and called apocryphum. 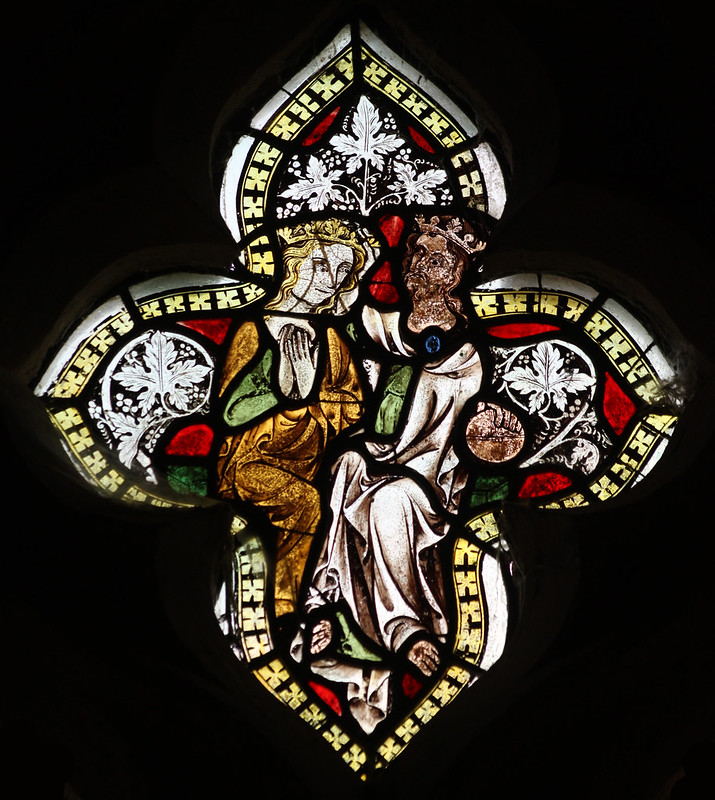