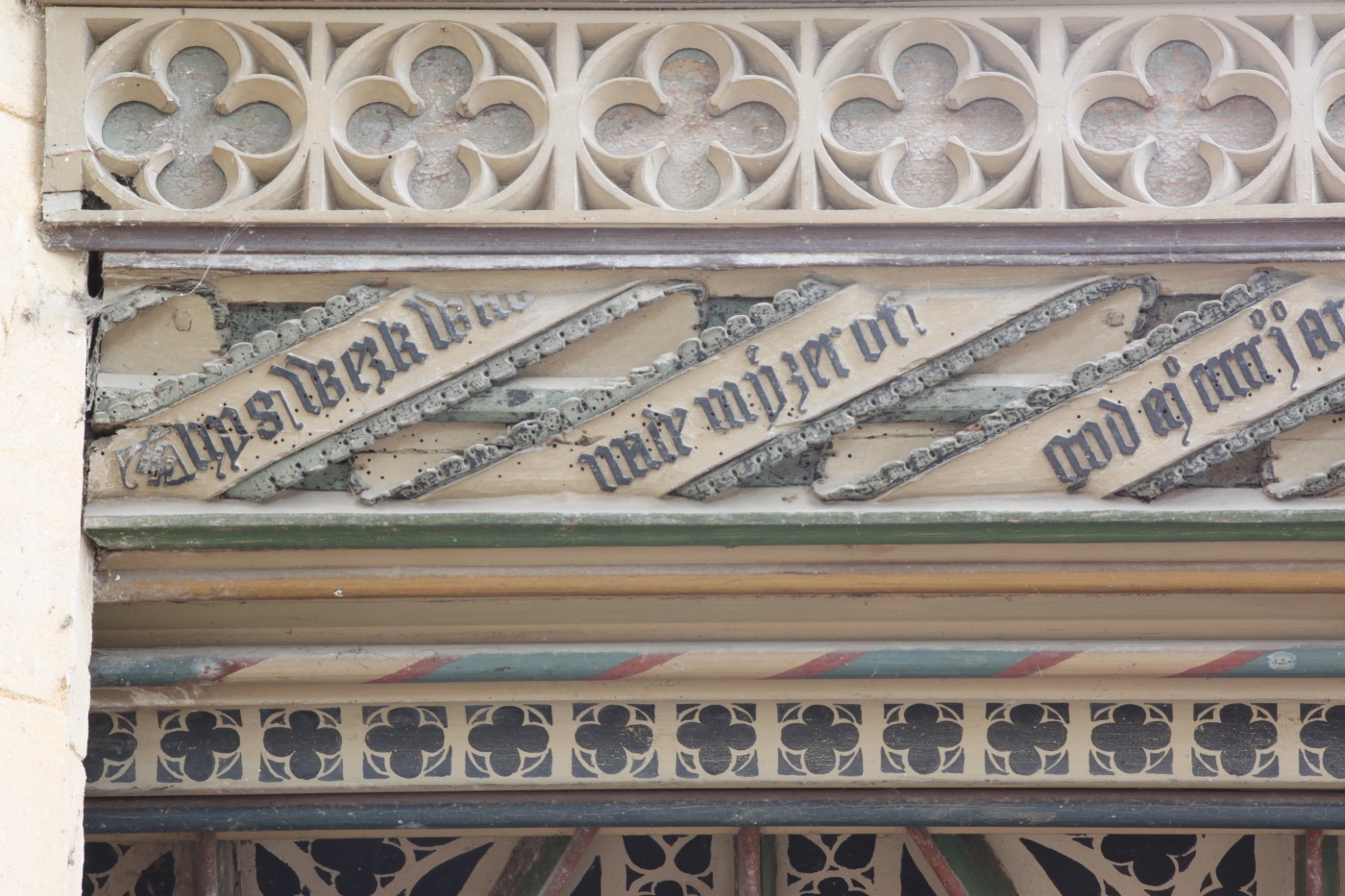 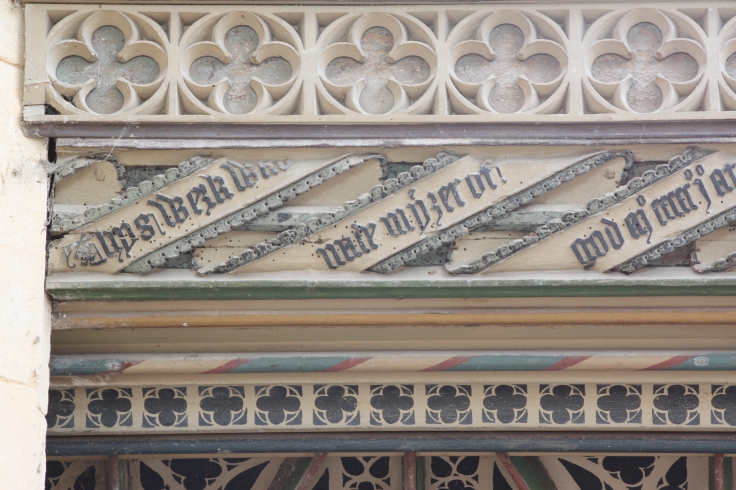 Goodness, what a building. The Church of Our Lady in Worstead in Norfolk is an enormous box of delights, built on the wealth of the cloth trade.  Worstead was a major centre of yarn manufacture and weaving from the twelfth century to such an extent that the general term for high-quality woollen cloth took its name from this place and ‘Worsted’ cloth was sold throughout England. 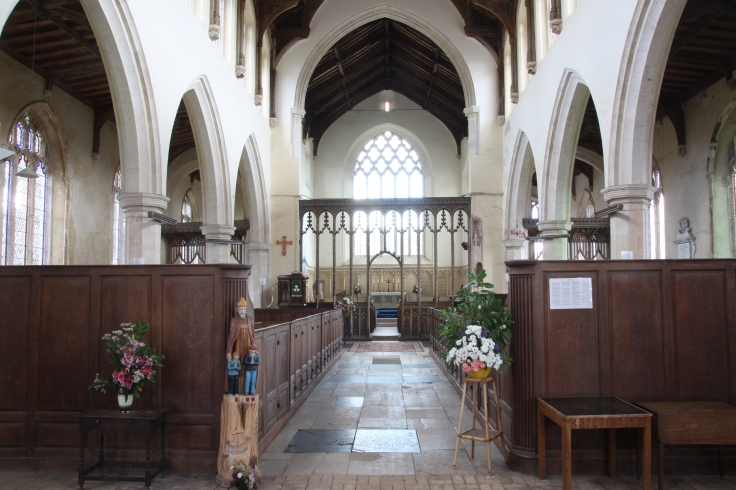 The trade reached its height in the fifteenth century and at that economic high point, the people of the town decided to rebuild their parish church on a lavish scale in the new Perpendicular style.  The vast building was an expression of their corporate wealth, aspirations and of the centrality of the church in their lives.

One of the new additions to the church at this high point is at the west end of the church under the tower, where a screen and a gallery have been added to create a platform on which the bell ringers can stand.  The screen has tracery and coving mirroring that of the rood screen further east.

On the front of the screen and across its full length is an extraordinary inscription, carved in low relief on a continuous scroll, which reveals precisely who and by what means this screen was erected.  The photos above and below show the whole thing and it reads: 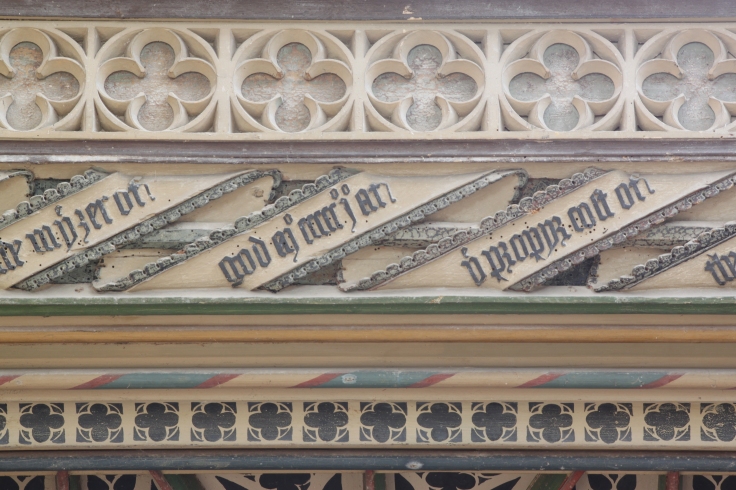 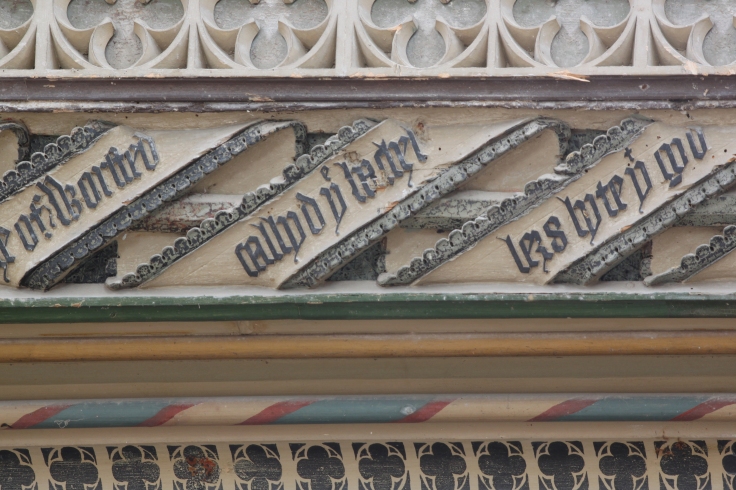 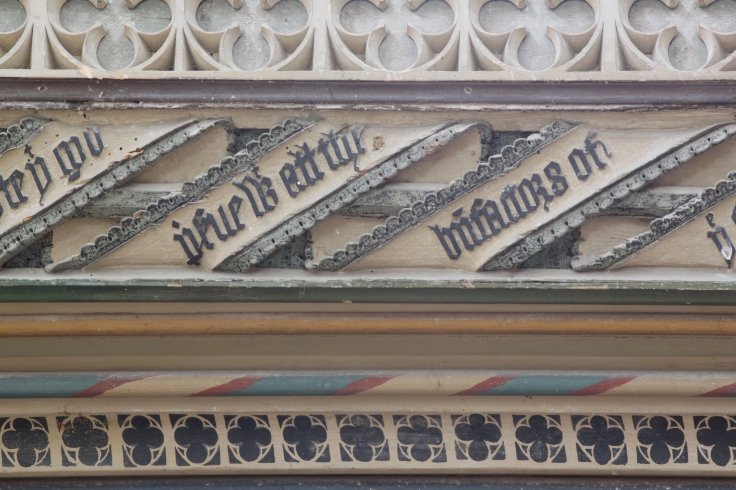 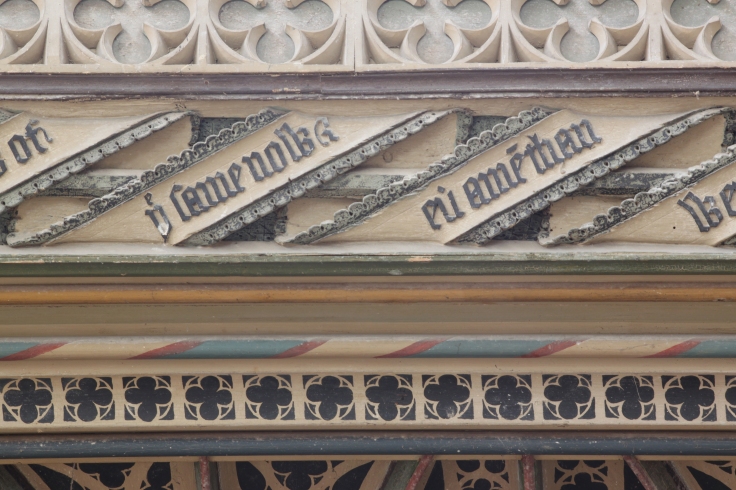 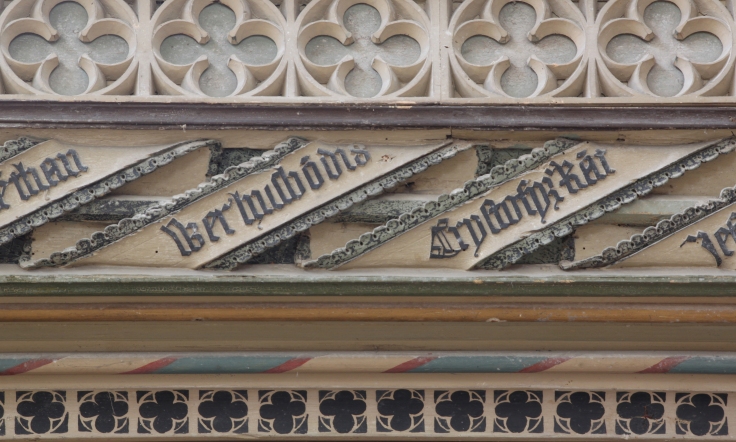 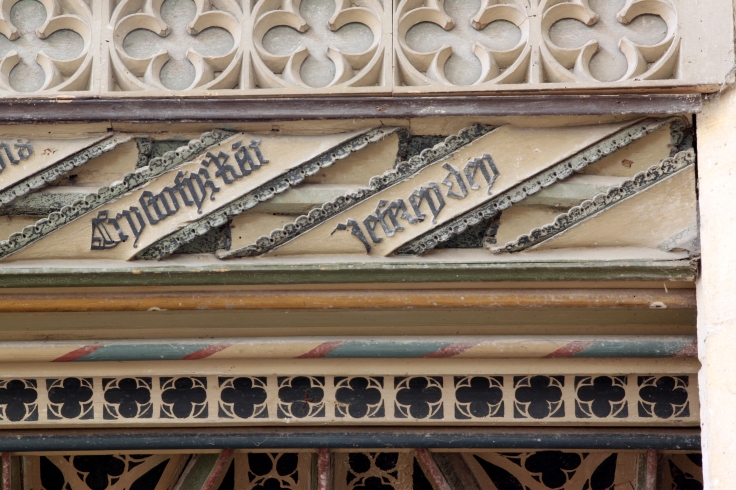 So the date is straightforward, the screen and gallery were erected in 1501 but what does it mean that it was ‘made’ at ‘the proper cost of cattle of the church of worsted’ and the ‘bachellers light’?  Medieval English churches were full of individual lamps, they were hung before images, before the great rood, before the blessed sacrament reserved in the hanging pyx.  Such lamps were known as ‘lights’.  The cost of keeping these lit was met in a variety of imaginative ways; some were maintained by the parish under the management of the churchwardens, other by individuals or by religious or trade guilds.  Often animals would be purchased to raise the necessary funds and either kept on common land or ‘farmed’ out to others to be fattened up and then sold for a profit.  The proceeds would then be used to pay for the oil, wax or tallow needed to keep the light lit.

This inscription at Worstead is a great piece of physical evidence of that process of maintaining a light.  Firstly it tells that there was a light in Worstead church kept lit by the collective effort of the ‘bachelors’, presumably the young men of the parish.  It would seem that they clubbed together to buy a calf or two (and cattle implies more than one), who over the year would be fattened up for slaughter and then sold to raise money that would have been used to keep their particular light lit in Worstead church, presumably before an image. The fund created this way was managed by two trustees called ‘husbands’, whose job was to literally cultivate the fund and maintain the assets. in 1501 the husbands were two young men called Christopher Kat and Jeferey Day.

It seems that by 1501 the bachelors of Worstead, as a consequence of the good husbandry of their resources and perhaps through some benefactions too, had accumulated a significant surplus in their funds and that they had decided to use that surplus money to build this wonderful screen and gallery.  It was a memorial and record of their collective piety and effort, but also a means of prompting intercessions for their souls:

‘God preserve with all the benefactors of the same now and ever amen’.